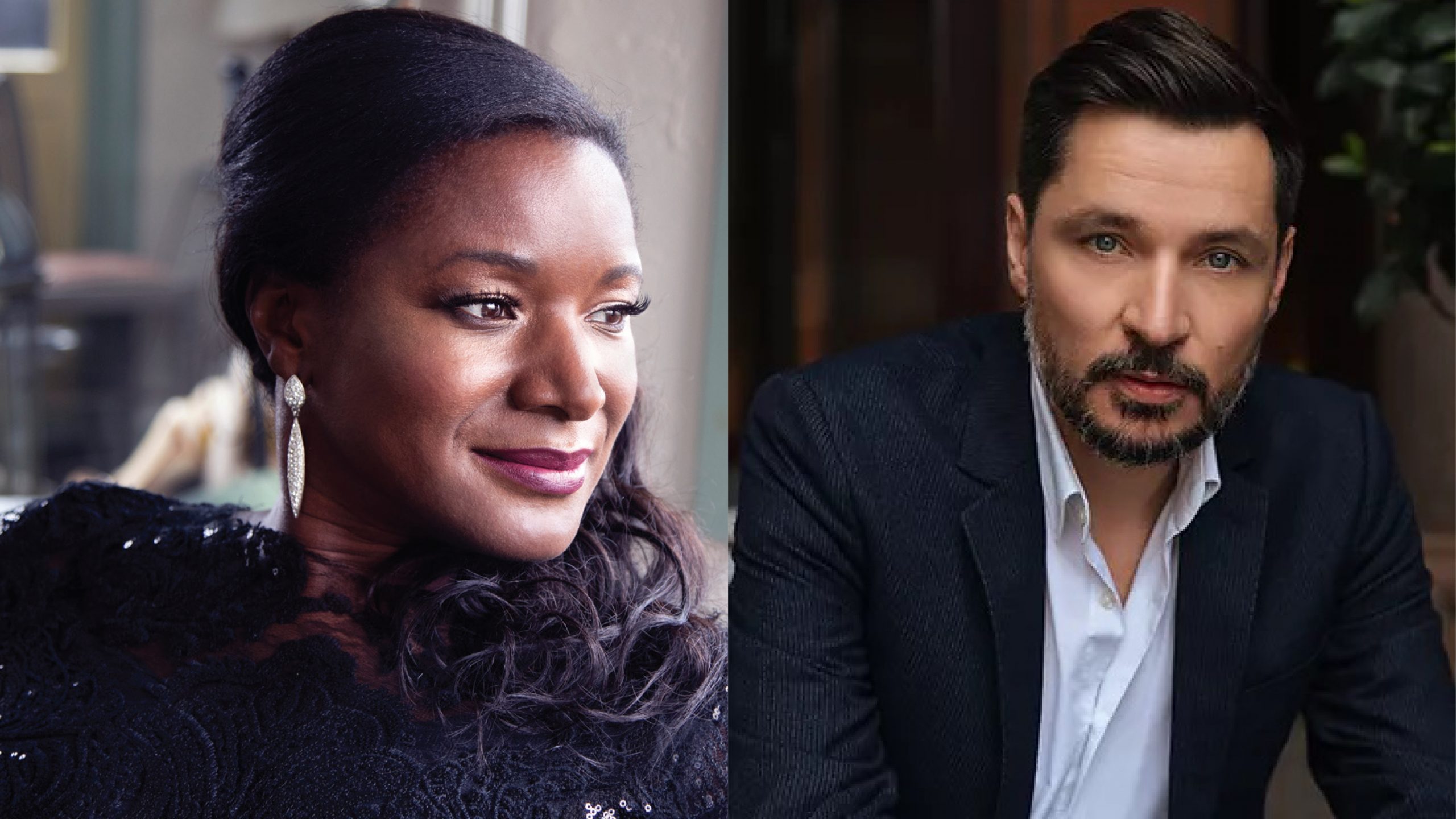 Although this rich-voiced British-Jamaican soprano has enjoyed considerable success in opera at both the Met (as Gershwin’s Bess) and English National Opera (title role in Verdi’s Luisa Miller, among many roles with the company), she is primarily a concert and recital singer whose engagements regularly take her to London’s Wigmore Hall, the Aldeburgh Festival and the BBC Symphony, with whom she has recorded Elgar’s Caractacus and Vaughan Williams A Sea Symphony for Hyperion conducted by Martyn Brabbins. Her program will feature songs by the biracial early 20 th century composer Samuel Coleridge-Taylor, whose songs she has almost single-handedly put back on the map through an acclaimed album for Orchid Classics, a collection lauded by Gramophone magazine as “irresistible” and “arresting.”

Program to include selections by Samuel Coleridge-Taylor, Edward Elgar, Ralph Vaughan Williams, and Charles Villiers Stanford as well as the Rückert-Lieder by Gustav Mahler.

ELIZABETH LLEWELLYN’s 2021/22 season started with her return the Metropolitan Opera to reprise her role as Bess in Porgy and Bess. She has just made her acclaimed role debut as Janáček’s Jenůfa at Welsh National Opera, and will round off the season with another role debut as Desdemona in Verdi’s Otello.

Specialising in the Italian repertoire, Elizabeth’s roles have centred around the operas of Puccini and Verdi – Madama Butterfly, Manon Lescaut, Magda La Rondine, Giorgetta Il  Tabarro, Tosca, Suor Angelica; Aida, Luisa Miller, and Amelia/Simon Boccanegra for which Elizabeth was nominated for “Singer of the Year 2013” in OpernWelt. In 2014, she also made her Wagner debut as Elsa Lohengrin in Germany, about which Opera magazine wrote:

“With well-nigh-perfect diction, she modulated her ever-so-slightly smoky timbre from the dreamy forlorness of the first scenes to an unusually strong confrontational tone. Her voice carried to the furthest nook, even in the pianissimo passages, and – almost alone in the cast – she seemed to have power in reserve during even her most outgoing effusions.”

Elizabeth is a sought-after soprano on the concert stage. Recent appearances have included Verdi’s Requiem , Britten’s War Requiem, Beethoven’s Missa Solemnis with Donald Runnicles (with whom she also gave a live performance of Strauss’ Vier Letzte Lieder on BBC Radio 3 with the BBC Scottish Symphony Orchestra), Mahler’s Symphony No. 8 with Esa-Pekka Salonen, and Elgar’s Caractacus and Vaughan Williams’ A Sea  Symphony with Martyn Brabbins, both recorded for Hyperion. In May 2021, Elizabeth released her award-winning debut album of songs by Samuel Coleridge-Taylor with pianist Simon Lepper. elizabethllewellyn.com

SIMON LEPPER read music at King’s College, Cambridge before studying piano accompaniment with Michael Dussek at the Royal Academy of Music and later with Ruben Lifschitz at the Fondation Royaumont.  He is a currently professor of collaborative piano and a vocal repertoire coach at the Royal College of Music, London where he also in charge of the collaborative piano course. Since 2003 he has been an official accompanist for the BBC Cardiff Singer of the World Competition.

Performance highlights have included an invitation from the Wigmore Hall, London to present a three concert project on the songs of Joseph Marx; recital tours with Stéphane Degout which have included the Ravinia and Edinburgh Festivals and the opera houses of Bordeaux, Dijon, La Monnaie, Lausanne and Lyon; recitals at Carnegie Hall, New York with Karen Cargill and Sally Matthews and at the Frick Collection with Christopher Purves; performances of the Schubert song cycles with Gerald Finley as well as Mark Padmore including at the Schubertiade, Hohenhems, recitals  with Christiane Karg at Frankfrut Opera and the Rheingau Fesitval  and recitals with Angelika Kirchschlager in Verbier and at the Wigmore Hall.

He has presented an all Schubert programme with Ilker Arcayürek in Barcelona, Zürich, New York (Park Armory), San Francisco and at the Wigmore Hall where further appearances have included recitals with Dame Felicity Palmer, Karen Cargill, Sally Matthews and Mark Padmore. With Benjamin Appl he toured to India including recitals in Mumbai and Chennai and gave the opening performance for the highest concert hall in the wolrd in Shenzhen with Aida Garifulina. Future highlights include a European tour with Stéphane Degout,, recitals at the Wigmore Hall and with singers including Ilker Arcayurek, Karen Cargill, Simon Bode,, Elizabeth Llewellyn and Gweneth Ann Rand.

His discography includes 2 volumes of Debussy Songs and a Strauss disc with Gillian Keith, a disc of Mahler songs with Karen Cargill, the complete songs of Jonathan Dove with Kitty Whately and a CD of contemporary violin works with Carolin Widmann which received a Diapason d’or.  Recent releases include a song recital disc with Dame Felicity Palmer, a CD of Schubert songs with tenor Ilker Arcayürek a disc of Ballads with Stéphane Degout as well as recital disc “Poèmes d’un jour” which was a Gramophone magazine editor’s choice. Future CD releases include French Song with Karen Cargill, a second Schubert disc with Ilker Arcayürek and the songs of Samuel Coleridge-Taylor with Elizabeth Llewellyn. simonlepper.com

“…A voice of pure joy. Her soprano timbre, rich, powerful, and faintly smoky, was irresistibly seductive and multi-layered.”