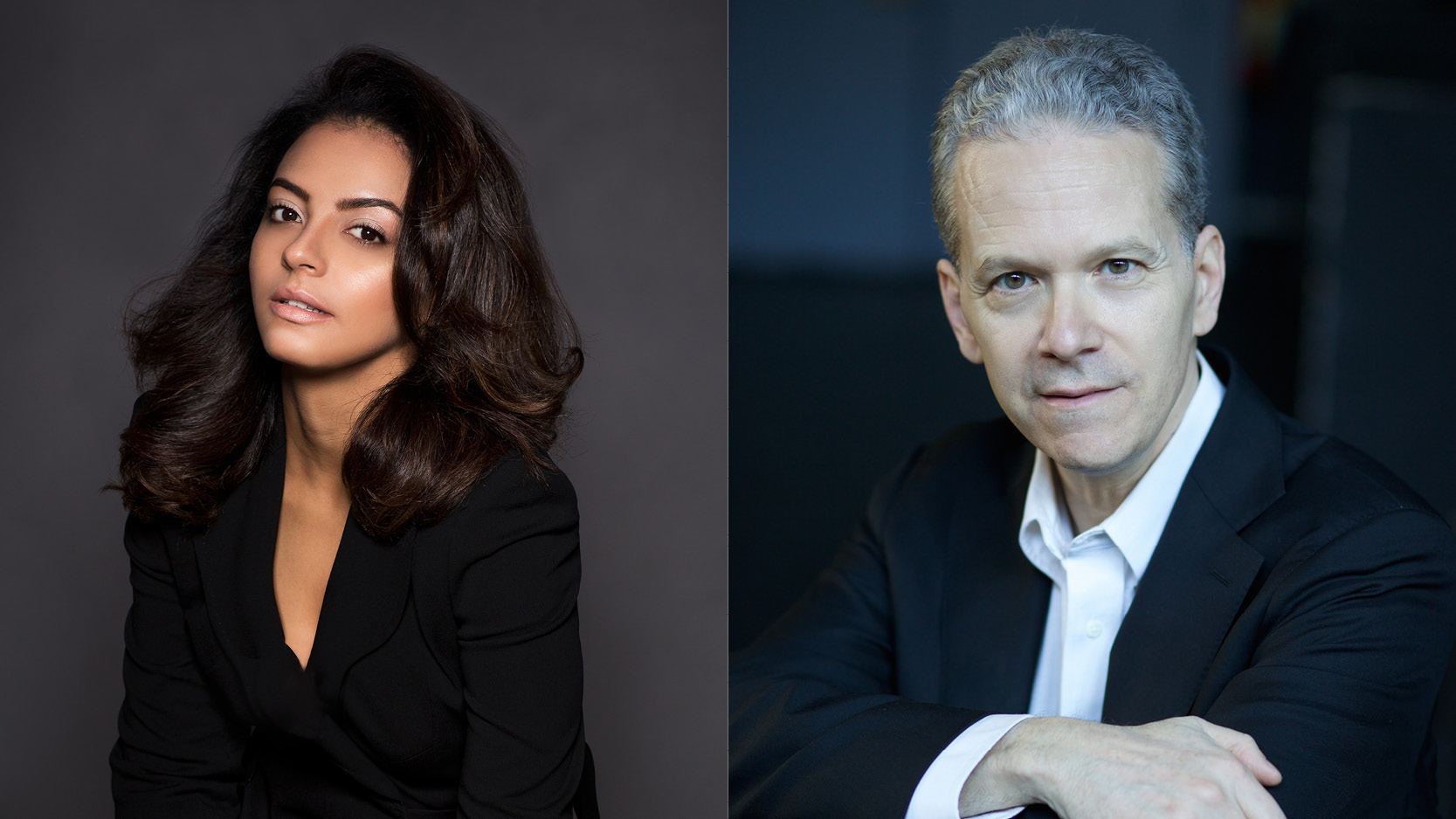 Tunisian-born Rihab Chaieb began 2022 with a scene-stealing local debut as Dorabella in Washington National Opera’s staging of Mozart’s Così fan tutte, followed by May appearances as Nefertiti in the Metropolitan Opera’s acclaimed revival of Philip Glass’ Akhnaten, drawing praise from Joshua Barone in The New York Times for her “lush, vibrato-rich sound” and “assurance and ringing might.” A recent alumna of the Metropolitan Opera’s Lindemann Young Artist Development Program, she performs Cherubino in Le nozze di Figaro for both LA Opera and Canadian Opera Company in the coming season as well as Ottavia in Monteverdi’s L’incoronazione di Poppea at Paris’ Théâtre des Champs-Elysées. 2023 also marks the release of her performance as Penelope on a new commercial recording of Monteverdi’s Il ritorno d’Ulisse in patria with Ensemble I Gemelli led by Emiliano Gonzalez Toro.

RIHAB CHAIEB was born in Tunisia, raised and trained in Canada and has become one of the most
sought-after artists of her generation since leaving the Lindemann Young Artist Program at the Metropolitan Opera where she has sung a number of roles including Zerlina (Don Giovanni), Nefertiti (Akhnaten), Laura (Luisa Miller) and Zulma (L’italiana in Algeri) among others.

In the current season, Chaieb sings Carmen at both the Canadian Opera Company and Calgary Opera, debuts with LA Opera as Cherubino (Le nozze di Figaro), sings the title role in the world-premiere of Christian Jost’s Voyage vers l’espoir at Grand Théâtre de Genève and appears as Fenena (Nabucco) at Bayerische Staatsoper.

His recent recordings include Gathering: Songs by Ben Moore, featuring an exceptional array of opera and Broadway stars; All Who Wander, a recital disc with Jamie Barton; Preludios – Spanish songs with Isabel Leonard; a recording of Strauss and Wagner lieder with Adrianne Pieczonka; Dear Theo: 3 Song Cycles by Ben Moore with Paul Appleby, Susanna Phillips and Brett Polegato; and A Lost World – Schubert Songs and Duets with Susanna Phillips and Shenyang, all for the Delos label.

In addition to his distinguished concert career, he serves as Artistic Director of the Marcus Institute for Vocal Arts at The Juilliard School. Previously, he also served for eight years as the Executive Director of the Metropolitan Opera Lindemann Young Artists Development Program.
www.brianzeger.com

“The most compelling work came from Rihab Chaieb, who warmed up the stage at every turn. In addition to a supple technique, the mezzo offered an abundance of tonal warmth throughout the registers and wonderfully colorful phrasing. She proved a winning actress, too, relishing the character’s mischievous streak.”