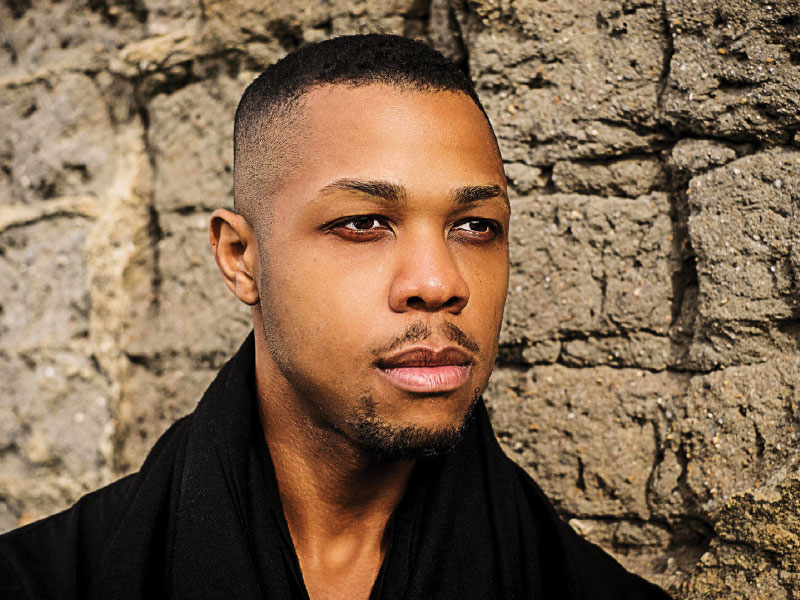 Originally from Northern Virginia, bass-baritone Davóne Tines is heralded by the LA Times as a “singer of immense power and fervor”, and commands a broad spectrum of operatic and concert performance as a singer and activist. He graduated from Harvard University with a degree in sociology before receiving a Master of Music degree from The Juilliard School, and is a 2020 recipient of the Sphinx Medal of Excellence given by the Sphinx Organization, and the 2018 Emerging Artists Award given by Lincoln Center for the Performing Arts. Highlights of his career thus far include performances at Dutch National Opera, Opéra national de Paris, Opera Theatre of Saint Louis, San Francisco Opera, and Teatro Real, as well as symphonic collaborations with Gustavo Dudamel and the Los Angeles Philharmonic, Vladimir Jurowski conducting the Rundfunk-Sinfonieorchester Berlin, and Esa-Pekka Salonen at the Royal Swedish Orchestra. This recital is Mr. Tines’s debut performance with Vocal Arts DC.

Program, titled “Recital No. 1: MASS”, will include the world premiere of pieces by Caroline Shaw and Tyshawn Sorey, which were commissioned for Mr. Tines by Vocal Arts DC and made possible by generous contributions from R.V. McKay, Richard Price and Yung Chang, and the Howard and Sarah D. Solomon Foundation.

“Davóne Tines is the new name to remember. He is a singer of immense power and fervor.”